Our TeamBoard of Directors 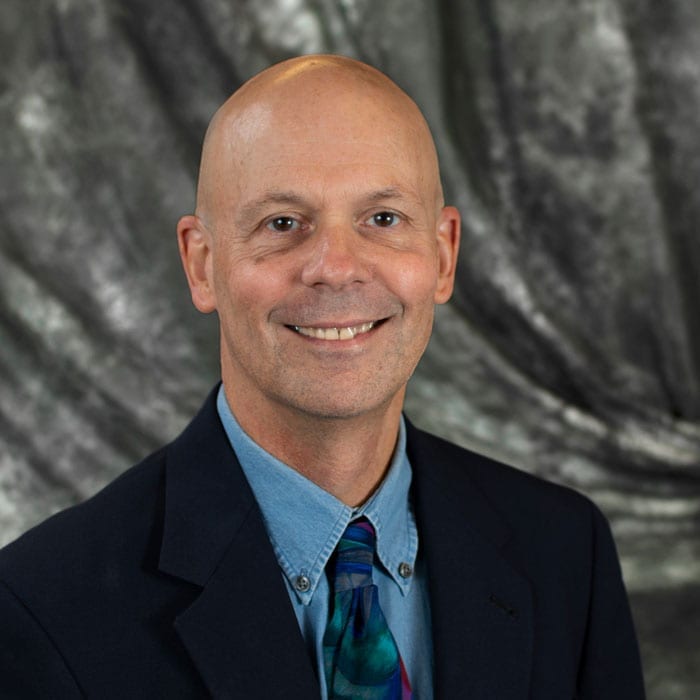 Jim joined BioConnect Iowa in 2018. Jim spent more than 20 years at DuPont Pioneer (now Corteva Agriscience), where he served in multiple leadership roles. He earned a PhD in Microbiology and Immunology from the University of North Carolina, Chapel Hill, and a Bachelor of Science degree in Biology from Texas Christian University. 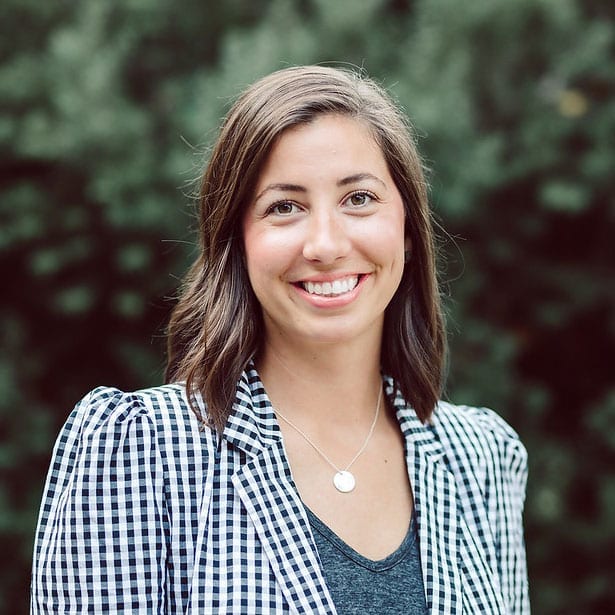 Anne joined BioConnect Iowa in 2017. She works with businesses, research and educational institutions, federal program managers, and statewide service providers to help bioscience start-up companies grow and succeed. She holds a Bachelor of Art degree in Communication Studies, and a Certificate in Entrepreneurship Management and Museum Studies from the University of Iowa. 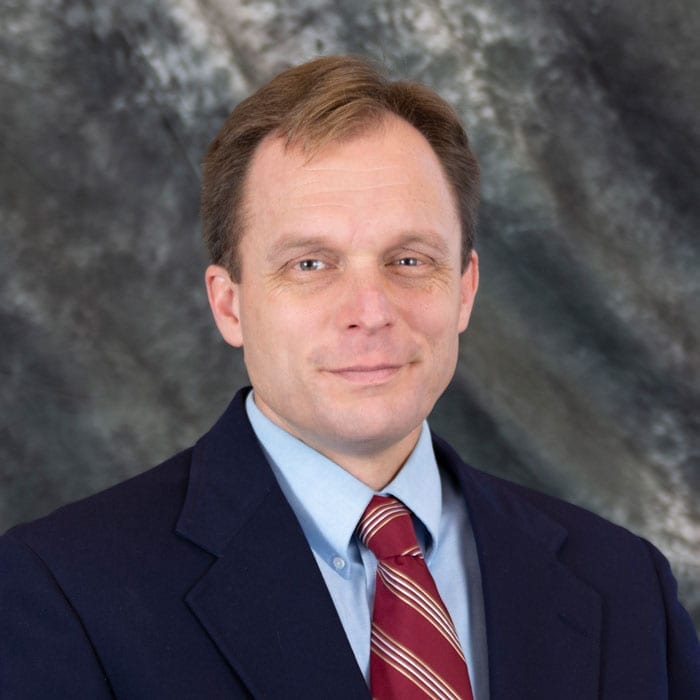 Steve joined BioConnect Iowa in 2019. He has 20+ years of experience in intellectual property, licensing, agribusiness, and startups. He has worked for Weil, Gotshal & Manges, McKee Voorhees & Sease, DuPont Pioneer (now Corteva Agriscience,) and The Context Network. Steve serves as CEO and co-founder of Inflexion Point Technologies, an Iowa-based prescription, on-planter seed treatment company. He earned a JD from Indiana University School of Law, Bloomington, and a Bachelor of Art degree in Management Information Systems from the University of Northern Iowa. 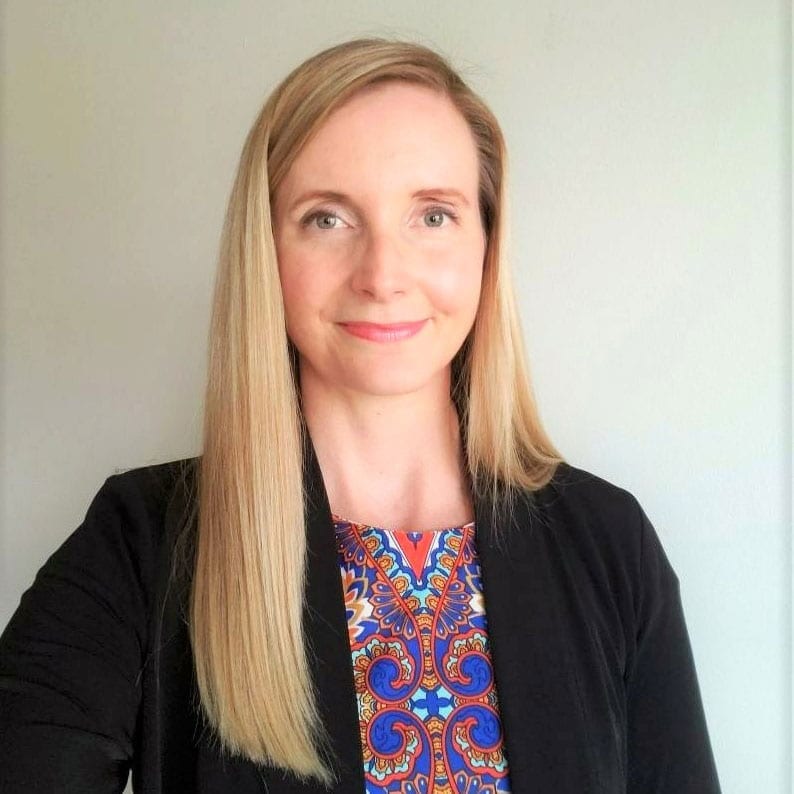 Safiya joined BioConnect Iowa in 2019. She manages business operations and in addition to overseeing the Iowa Go-To-Market program, Safiya also provides key project support for the SBIR/STTR Outreach Program. She has over 15 years of experience in marketing, business development and administration in both the private and public sectors. 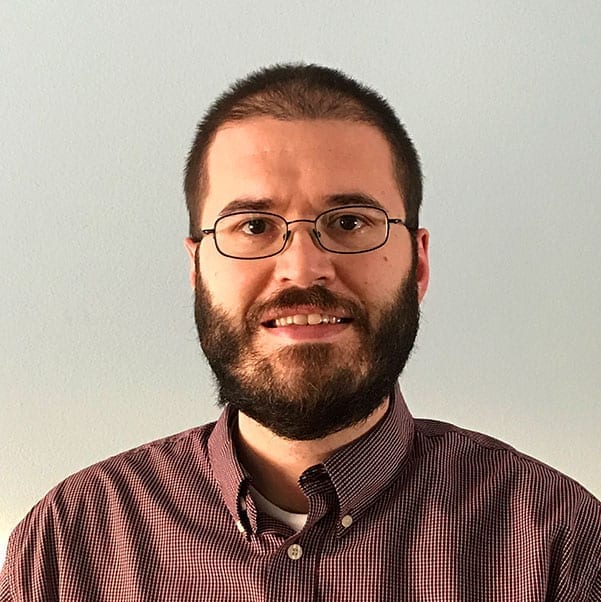 Sam joined BioConnect Iowa in 2020 in a part-time role providing administrative support for the Iowa G2M project. He has a background in communications and marketing and holds a Bachelor of Arts degree in Journalism and Mass Communication from the University of Iowa. 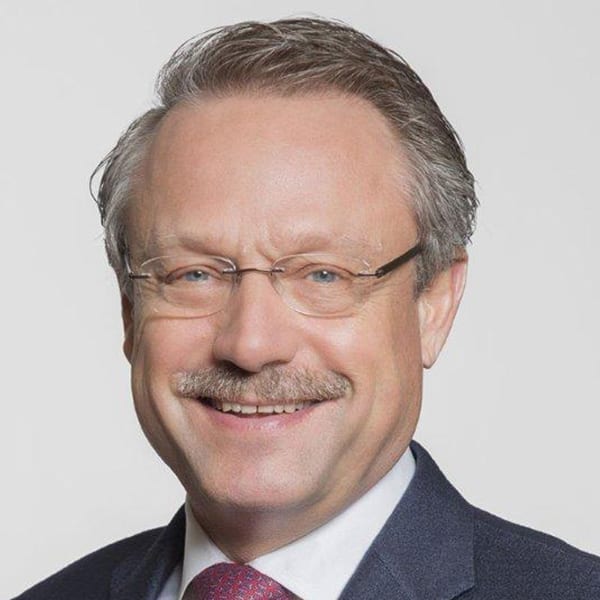 Paul was President of DuPont Pioneer, the advanced seed genetics business of DuPont, from 2007 to 2017. In this role he continued to expand Pioneer’s global business by remaining focused on innovation that improves local productivity and profitability of farmers in more than 90 countries. Schickler joined Pioneer in 1974 and served in a variety of finance, commercial and administrative leadership roles, including Vice President of International Operations from 1999 to 2007.

He has served on the boards of multiple organizations, such as the Cultivation Corridor, The Greater Des Moines Partnership, Drake University, and The World Food Prize Foundation. A strong contributor to the community, Mr. Schickler was Chair of the 2018 United Way of Central Iowa Campaign, works with the World Food Prize to advance the Global Youth Institute, and supports Meals from the Heartland and Self-Help International among others. His company, III Ag, LLC, provides consulting services to international companies and start-up enterprises in agriculture.

Paul is a graduate of Drake University, where he received Bachelor of Science and Master of Arts degrees in Business Administration. 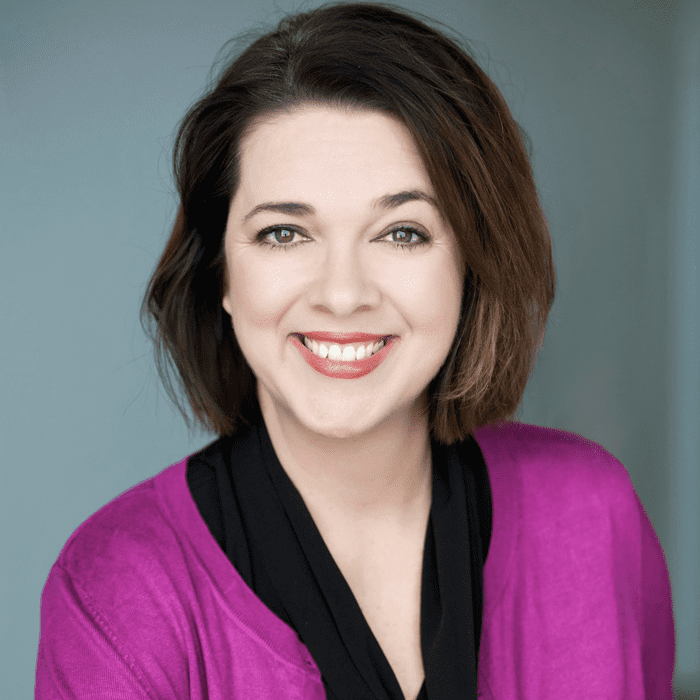 Billi Hunt was named the Executive Director of America’s Cultivation Corridor in February 2018. She brings over 20 years of experience in agriculture and the Iowa business community to the Corridor’s efforts to enhance agricultural sustainability and accelerate business development by attracting new companies, talent and capital to central Iowa. She works with Corridor investors, partners and other organizations to build the Corridor brand and broaden opportunities within the region.

An Iowa native, Hunt received her Bachelor of Science from Iowa State University and her Master of Public Administration from Drake University. She and her husband Mike Elam and children live in Urbandale, Iowa.

John is a native of Lancaster, England. He graduated with a B.Sc (Honors) degree in 1984 (Agricultural Botany), and a Ph.D. degree in 1987 (Plant Physiology), both from the University of Wales in the United Kingdom.

Among his many civic and industry roles, John serves on the board of advisors of the ISU Plant Sciences Institute and the Greater Des Moines Botanical Garden and is an independent director on the board of Chromatin, Inc. He is an inventor on over 12 U.S. and international issued patents and 6 pending patents. John lives with his wife and family in Ankeny. 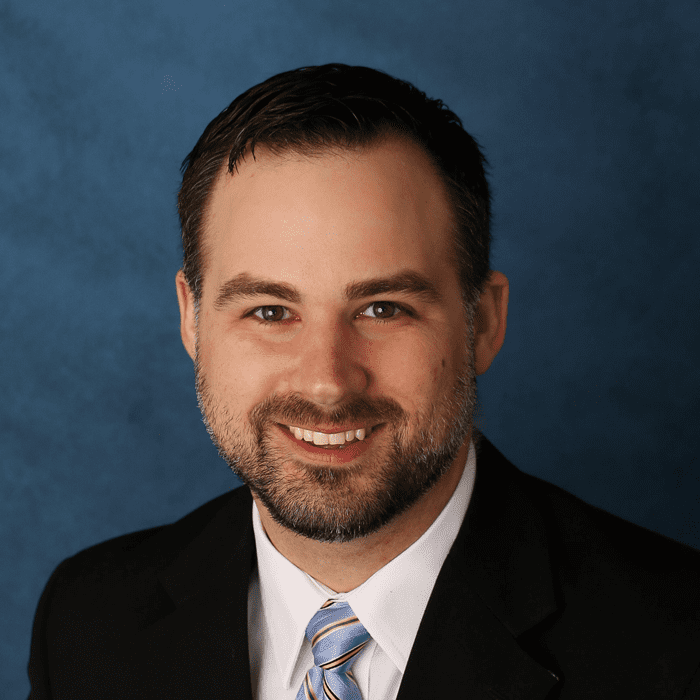 Nate possesses 15 years of leadership experience with Pella Corporation, DuPont Pioneer, and Merck, including over 10 years in Iowa’s biotechnology industry where he has played leading roles in the global expansion of technologies and the commercialization of new products. Currently, Nate’s primary focus is the industrialization of the RNA-based vaccine production technology that resides at Merck’s Ames, IA manufacturing location. He is also actively involved in efforts that connect industry with Iowa colleges.

Nate grew up in rural North Iowa and earned his Bachelor’s degree in Biology from Central College in Pella, IA. He is presently enrolled at the University of Iowa as a Master of Business Administration candidate. Nate, his wife, Megan, and their three children currently reside in Story City, IA. 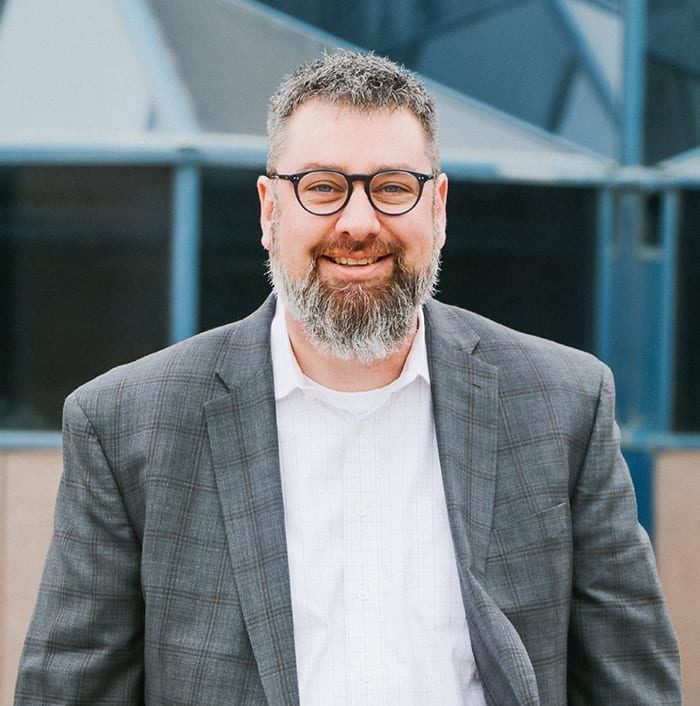 Matt Warrens has over twenty years of experience in the health care industry. Currently, he is the Managing Director of Innovation for UnityPoint Health. An experienced innovation leader, he is driven to transform health care into a science of prevention culture to improve the quality of life. Matt has strong operations experience focusing on identifying, developing and implementing new products and services for health systems. His ability to identify clinical and operational technologies will accelerate the transition to value-based care. 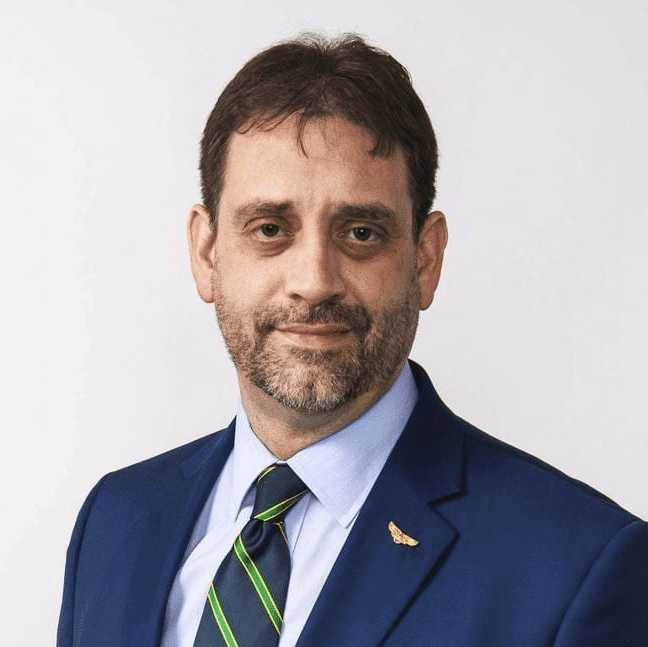 Tim is the Vice President and General Counsel for MidAmerican Energy. In this capacity, he oversees the legal, regulatory and rates, government affairs, compliance, and environmental divisions for the company. Prior to joining MidAmerican in 2020, Tim served as the General Counsel for the Iowa Association of Municipal Utilities, and he continues to serve as the chairperson of the Iowa Energy Center board. Prior to his time at IAMU, Whipple was the General Counsel at the Iowa Economic Development Authority and also worked at the Iowa Legislative Services Agency. He earned his Bachelor’s degree in English and Linguistics from St. Olaf College and a Juris Doctorate degree from Drake University. 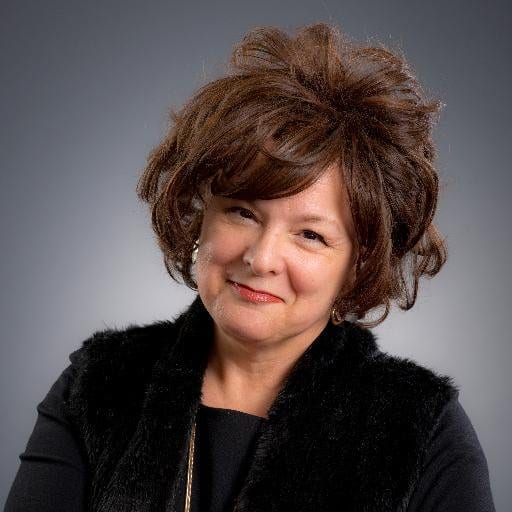 Debi Durham was appointed by Governor Terry Branstad in January 2011. As one of her first orders of business, Debi worked with the Governor and legislators to restructure the department to create a public-private partnership to update and improve Iowa’s delivery of economic development services. That led to the creation of the Iowa Partnership for Economic Progress – the umbrella organization for the new structure. Debi now serves as the Director of the Iowa Economic Development Authority, the public arm that replaces IDED and oversees the traditional economic development programs.

In June 2009, the Downtown Rotary Club in Sioux City recognized Debi as their Key Way award winner. The annual recipient is recognized as a local leader who has “contributed greatly to the health and prosperity of the area through business and community involvement.” Debi was also recognized by the Iowa Association of Business and Industry as one of “Five Iowa Women You Should Know” in 2007. In 2003, she was named to the Junior Achievement Hall of Fame and was the Republican Lt. Gubernatorial candidate in 2002.

Debi holds a Bachelor of Science in Business Administration and a Marketing and Management degree from Missouri Southern State University. She and her husband Joel have two children. 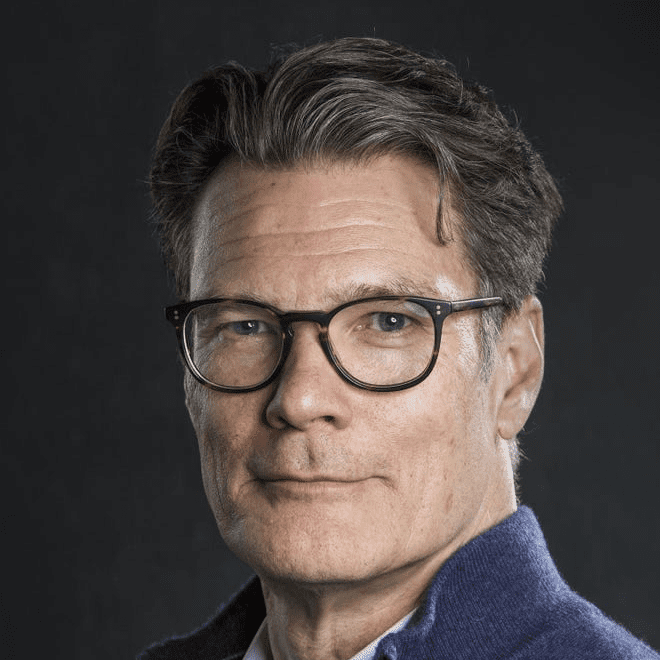 Jon is the University of Iowa’s first Chief Innovation Officer. His responsibilities include economic development efforts such as UI Ventures, protostudios, UI Research Park, MADE, and TRI. His focus is on developing a foundation built around 3 pillars to support faculty and staff entrepreneurial and commercialization activity: a concierge service to connect and coordinate resources, greater access to funding sources for entrepreneurs and business expertise to support addressing unmet needs in fields across campus. Two targeted strategic areas of focus in alignment with State of Iowa initiatives are Medtech and Edtech.

Jon has more than 20 years of experience as an executive in the healthcare industry. Most recently, Jon worked for iRhythm Technologies, a company that develops digital bio-sensing technology and cloud-based data analytics to diagnose heart arrhythmias. He joined the San Francisco–based iRhythm in 2007. Birthed from Stanford University’s renowned Byers Center for Bio Design technology incubator, Jon joined the start-up when it had three employees. He retired from iRhythm in 2017 after helping build it into a 600-employee company with roughly $100 million in annual revenue, after having created and executed the reimbursement strategy that was pivotal to the firm’s successful IPO in 2016. 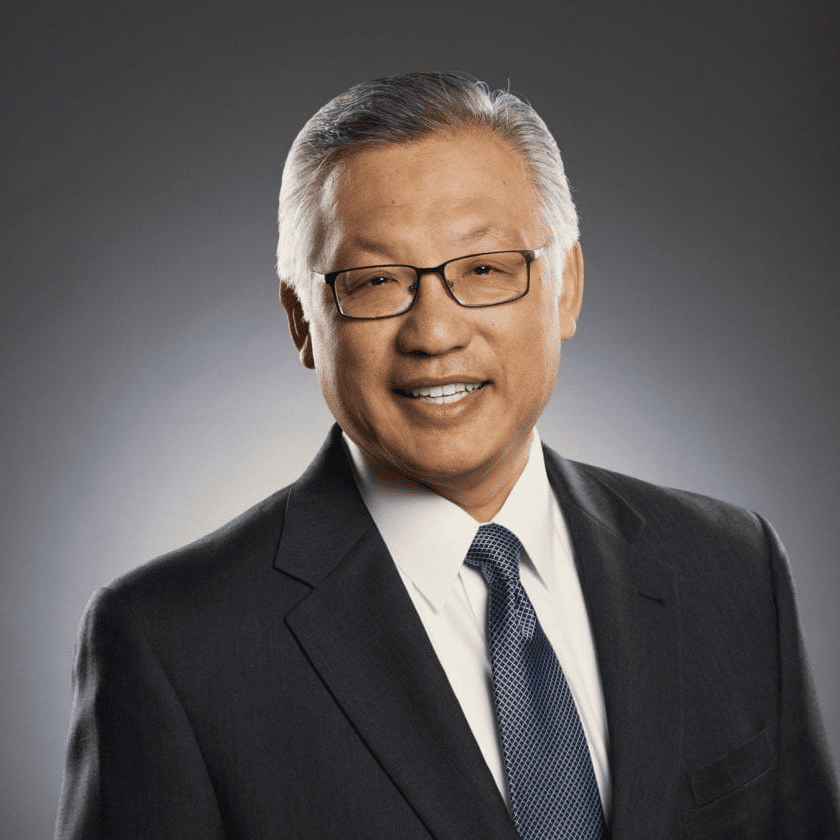 Peter has more than 35 years of manufacturing and business development experience with many leadership positions in engineering, business, and public service with a variety of companies including John Deere, Positech Corporation, and Columbus McKinnon.

While acting as Division President of the Material Handling Institute of America, Peter led the formation and growth of the Ergonomics Council there. As a founding partner of EMRG, he helps businesses grow by coaching owners to focus goals, reorganize for effectiveness and navigate the network of assistance programs and venture capital groups. He is COO of New Tech Ceramics and serves on the Iowa Innovation Council.

Peter received his degree from the University of Illinois at Urbana-Champaign. 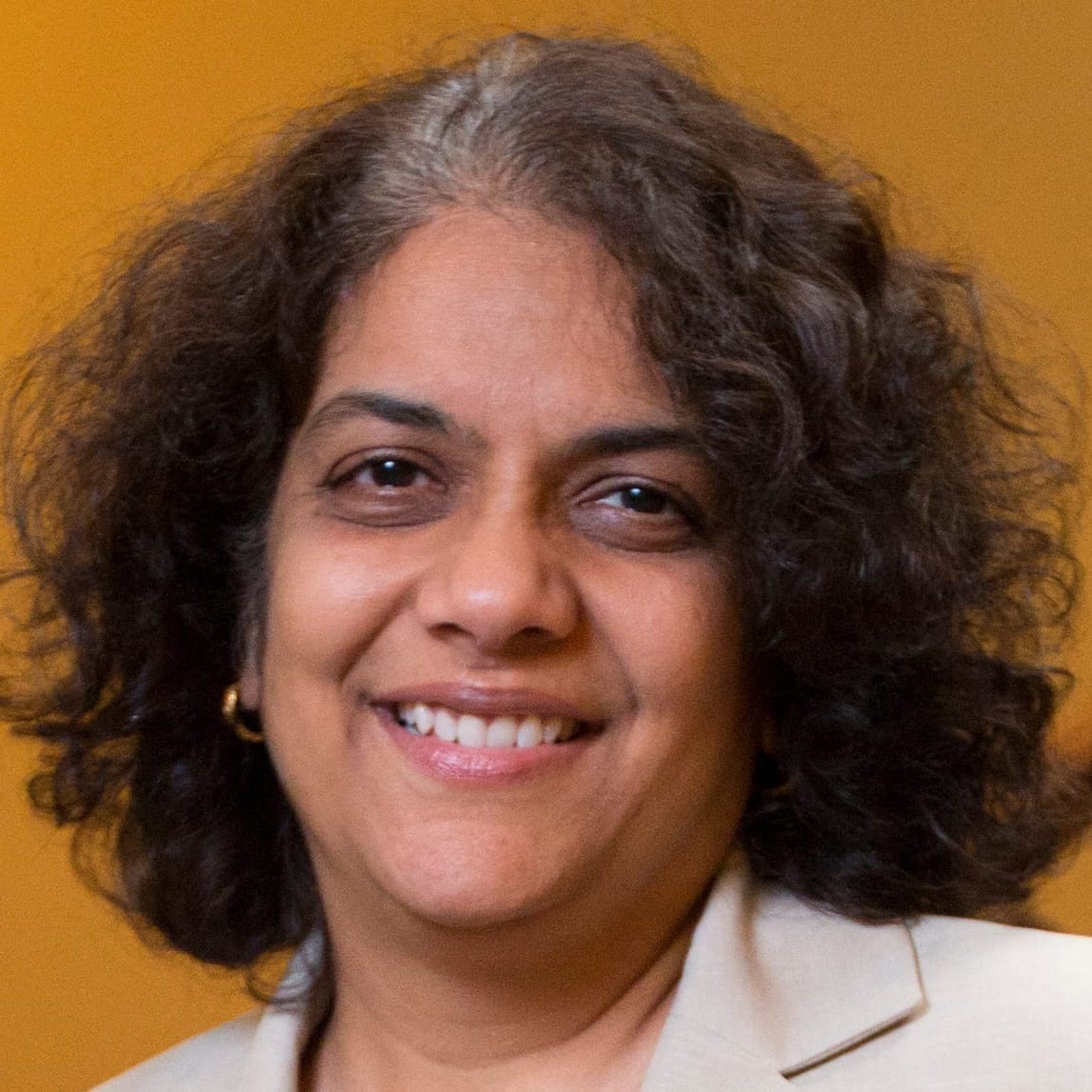 Dr. Surya K. Mallapragada is Anson Marston Distinguished Professor and Carol Vohs Johnson Chair of Chemical and Biological Engineering, and the Associate Vice President for Research at Iowa State University (ISU). She is also currently a Senior Scientist and has served as Program Director of Materials Chemistry and Biomolecular Materials (2004-08) at the Ames Laboratory, a US Department of Energy National Laboratory in Ames, IA.

Her research interests are in the area of polymeric nanobiomaterials, specifically in drug/gene and vaccine delivery and neural tissue engineering, and in the area of bioinspired materials. She has authored over 185 publications and serves as an Editor of Materials Science and Engineering: R: Reports. Her work has been recognized by several awards including a NSF CAREER award, a 3M Non-tenured faculty award, Iowa State University Foundation Early as well as Mid-Career Excellence in Research awards, a Big 12 Rising Star Award, and the Boylan Award for Outstanding Research. She was named one of the top 100 young innovators by MIT’s Technology Review magazine and is an elected Fellow of the American Institute for Medical and Biological Engineering (2006), the American Association for the Advancement of Science (2008), the National Academy of Inventors (2016) and the International Academy of Medical and Biological Engineering (2017).